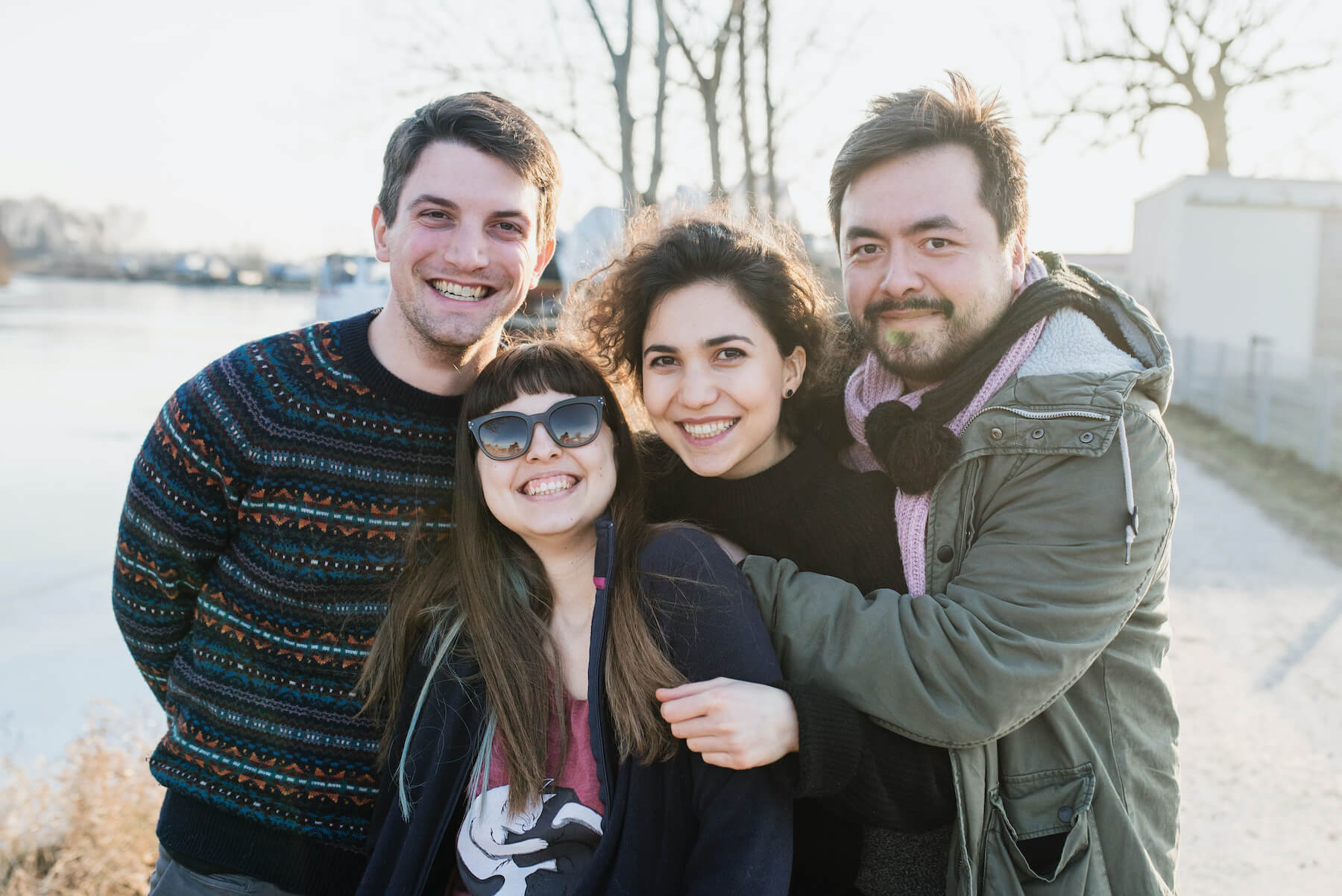 The 2018 Civil Society Exchange partnership between Polis180 and Istanbul-based Yereliz focused on jointly improving the advocacy and lobbying skills of both organizations. Our particular focus was on the method of storytelling in the context of policy and politics. We wanted to learn more about storytelling from experienced trainers and from other civil society organizations. Participating in the CSE initiative not only helped to foster cooperation between our organisations, but also provided the opportunity to discuss best practices with partners across Europe.

Following our storytelling workshop with Chris Rogers in Berlin in June, Anna and Ben met Thomas Coombes, the Head of Brand at Amnesty International in Berlin. Thomas has had a crucial role in furthering the organization’s recognition worldwide, and a key component has been storytelling. Amnesty and the specific field that it operates in opens a variety of opportunities to tell individual stories to a target audience and by that highlighting larger human rights issues involved. While a personal story might carry weight, quantified data and concrete policy recommendations often matter more for policy makers. When targeting the larger public, however, storytelling can be an immensely powerful approach. In  campaigns, allowing the audience to relate to a story has proven to be an effective means of advocacy. In September, Anna had the chance to meet with Caroline Sutcliffe in Tbilisi, the founder of the multi award-winning regional media platform in the South Caucasus – Chai Khana.

It provides issue-based online publishing and uses human storytelling as a tool to empower conflict-affected communities from rural areas and give a voice to underrepresented groups. The uniqueness of this tool is increased empathy among a storyteller and their listener. As Caroline emphasized, although creating a story is quite a sensitive task, reaching the right person appears even more challenging. Their main target groups are locals from villages across the wider region (as “storytellers”) and those decision-makers who can impact local reality. In this context, in order to develop our own outreach methods, she recommended to map out stakeholders properly, identify where they are and which communication means they use. A report about “invisible refugees” in Armenia, living in unbearable conditions on the outskirts of Yerevan, could be named as one of the most successful stories published by Chai Khana, as it reached the right contacts who provided the refugees with appropriate housing (see the story here). Following the meeting with Caroline, Anna visited ThinkYoung in Brussels, the first think tank to lobby for young people since 2007. External relations manager Delila Kidanu and project manager Arianna Tripodi shared their experiences on advocacy campaigns and possible tools to engage with their target groups – young people on the one hand and EU politicians on the other. Storytelling is used as a method to vividly communicate certain messages and open up new perspectives.

They reached more than 30 different countries in Europe and Asia via research-based documentary films and multimedia projects on youth created in their Audiovisual Laboratory. However, when it comes to involvement and sustainable engagement, several challenges remain. As Delila pointed out, it is not easy to get skeptical young people on board. At the same time, slow communication on the EU level impacts the process. They work closely with so-called EU40s, a platform of young Members of the European Parliament under 40 years who deal with youth related topics. Building coalitions and getting various stakeholders together has often proved to be beneficial.

Therefore, a combination of identifying goals clearly and mapping relevant partners comes out as a general recommendation for better advocacy. At the Institute for Strategic Dialogue (ISD), Ben met with Jakob Guhl and Tim Hulse in order to learn more about their advocacy strategies and how storytelling factors into them. The ISD runs a variety of programs, all of which revolve around the goal of working with and empowering young people against violent extremism and hate-speech in their societies. We specifically delved into their Youth Civil Activism Network (YouthCAN) – a program seeking to bring together civil society actors fighting extremism in order to offer them training, let them learn from each other and network. While ISD itself is the facilitator of this program with the actual projects being designed and carried out by the participants, storytelling plays a noteworthy role in many of them.

The method  is indeed encouraged by ISD, as they see it as a useful approach when trying to reach specific audiences open to a story, a personalized account carefully outlining the causes and consequences of a certain issue. Storytelling can surely help in reaching target groups that other means struggle with – which overall is a challenge for ISD and the participants of its programs just as much as it is for other organizations. Ben also had the chance to talk with Anita Käppeli of the Center for Global Development (CGD), an international think tank where she is responsible for policy outreach. In disseminating policy research, CDG does not employ storytelling per se. However, while so far CDG was based in London and Washington, DC, the think tank is now also setting up a stronger continental European presence at Brussels that is meant to reach the EU overall and France and Germany in particular. And doing so has brought to light the difference between new and old audiences and target groups. As Anita outlined, in order to effectively communicate with audiences in continental Europe, framing the causes and recommendations in a different language has become more important.

European partners are more likely to pick up on a recommendation if it touches on their ideals and symbols connected to these. Thus, knowing your audience stood out to Anita as the single most important aspect to communicating effectively: Only then can the message be tailored (without changing the substance) to reach its target. Key lessons:

It’s been a good ride!